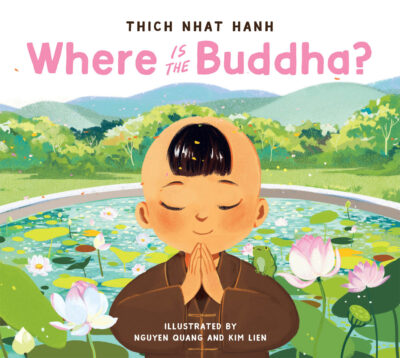 Where Is the Buddha?

A new story for children from Zen Master Thich Nhat Hanh: a young boy named Minh goes on a journey to find the Buddha, only to discover the Buddha is in each one of us.

As Minh grows up, eventually he realizes that the Buddha statue isn’t actually the Buddha. But if the statue isn’t the Buddha, then what is? Where is the Buddha? With his characteristic insight, sincerity, and sense of humor, Thich Nhat Hanh guides young readers through a charming tale of discovery, beginning in India with the story of the historical Buddha, Siddhartha, and then on to Vietnam with Minh and his quest.

Includes a section at the end of the book on How to Be a Buddha, with basic breathing exercises and meditations for children.