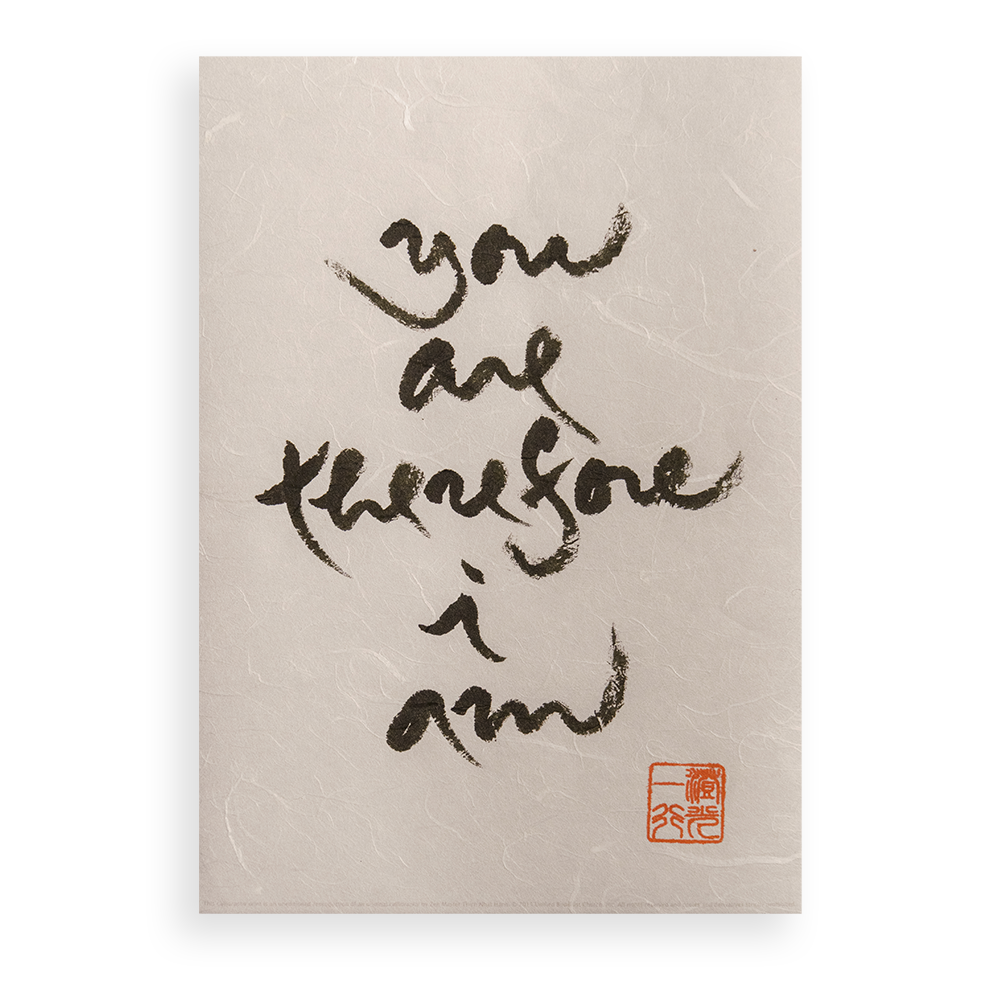 You Are Therefore I Am

Thich Nhat Hanh began to write calligraphies in 1994, for the titles of books, songs and articles appearing in print. Using traditional Chinese ink on rice paper, he developed a new style of Zen calligraphy in the western Roman script. Calligraphies such as “This is it,” “I have arrived, I am home” and “The bread in your hands is the body of the cosmos” began to be framed on the walls in his practice centers around the world.